As my surgery is approaching and I now know that I will be out of action for effectively 6 months my wife decided that we should do something as in a brief holiday. Our timing was not particularly brilliant. The weather in the few days leading up to our little road trip was actually quite promising with rising temperatures and even a bit of occasional sunlight. Then it all went wrong and the Beast from the East 2 arrived! Beast from the East 1 had been and gone, bringing with it a touch of snow and a bit of ice to East Yorkshire. Its sibling was supposed to be either equally as bad or even worse.

Checking the Met Office’s weather map I noticed that most of the country north of the M62 motorway seemed to be in the area that was to be least affected by the wintery monster. We were heading west, across the Pennines to Lancashire and I really had not planned on using the motorway. It is not that I dislike them, I do not, they are very useful when you want to get somewhere rather quickly, but they also tend to be a somewhat boring. Time was not really an issue so I thought to aim for Skipton where we could have a coffee break at something like the mid-point of the journey.

Some people warned us off even attempting to go outside of the house’s front door but we had made a decision; we were going on holiday!

Heading north from Hull to York we noticed that the weather just kept improving. There was very little snow to be seen and no ice. Just south of York we turned west and arrived in Skipton with no problems whatsoever. After a casual walk and the obligatory coffee we wandered back to the car. Snow was falling but it was so light that it really was not anything to worry about. Westward ho we went.

Our first real stop was to be the Midland Hotel on the sea front in Morecambe. It is often

referred to as an Art Deco building but purists will tell you that it is in fact Streamline Moderne. I just like the way it looks and have always wanted to visit since I discovered the place existed thanks to the Agatha Christie’s Poirot television show. Morecambe was basking under an amazingly blue sky when we arrived. The wind was very strong and cold but it was far from being the Beast from the East. Nevertheless, we decided to eat in the hotel that evening. I really like the fact that this hotel, which was built in 1933, is still very much in use and has been sympathetically updated.

The next morning we took a walk down to see the statue of Eric Morecambe, a well-loved

English comedian. I am not a big fan of sculpture to be honest but I have to admit that this is one of the better examples. It captures the man’s character so beautifully.

After saying hello to Eric we headed north into Cumbria. As our next hotel room was not due to be ready for several hours we took a slight diversion to Ulverston in Cumbria. There was only one reason for doing this, it is the place where one Arthur Stanley Jefferson was born and spent many of his formative years before going to America and finding his fame and fortune as Stan Laurel, erstwhile partner of Oliver Hardy.

I have always been a fan of Laurel and Hardy. Their films still make me smile today. In Ulverston there is a museum dedicated to remembering ‘the boys’ as they are still affectionately known. It is currently housed in the town’s working Roxy cinema. To be honest I was a little disappointed, the place felt like it could do with the attention of a good curator. There are a lot of exhibits but some of the pictures are repeated several times. There are some interesting pieces but they are presented a bit haphazard. I still enjoyed my visit but then I am an avid fan so I was willing to be generous.

Also to be found in Ulverston is another statue, of Laurel and Hardy unsurprisingly. The pair visited the town during one of the tours of Britain so it seems fitting that their presence should be recorded in bronze. I actually quite like it, especially the inclusion of Laughing Gravy.

From Ulverston we continued north heading for the Lake District. Our next stay was to be at the Dansom Dene Hotel near Bowness on Windermere. The hotel is more modern than the Midland, some 5 miles from the town. It is obviously popular and boasts a relaxing lounge complete with a log fire and comfortable leather sofas.

We spent the next day touring the lakes, taking the ferry across Windermere to explore the village of Hawkshead. So much of this part of Britain is just naturally beautiful be it the long lakes, the mountains, the quaint streets, or the typical pubs. We were tasked with finding one such pub, the Drunken Duck, and discovering the reason for its name. We found the pub and enjoyed the tale of the duck’s near death experience caused by alcohol.

The next day we moved to the Broadoaks Luxury Hotel just a little further north. On our way there we stopped off in Ambleside, which is another beautiful Cumbrian town. The weather remained our friend and we had a good wander around before retiring to our suite at the hideaway of Broadoaks. I am not one for high tea but my wife is and she really enjoyed the cream tea that we had on arrival. To be honest so did I. We had a very relaxing evening enjoying fine dining.

As if to extend our journey we left Broadoaks and headed north again to Penrith, almost within a stone’s throw of the Scottish border, but we turned east and ended up in the charming Yorkshire market town of Richmond. I have to say that Richmond has the most charity shops that I have ever seen! After another cup of coffee we eventually started for home. Heading southeast we skirted York and made for Hull once more. The Beast from the East 2 had largely disappeared. All those people who had warned us against venturing out of doors were proven wrong, but only in the nicest way possible. As I count down to my surgery I am going to have some great memories to console myself with. It really was worth the effort. 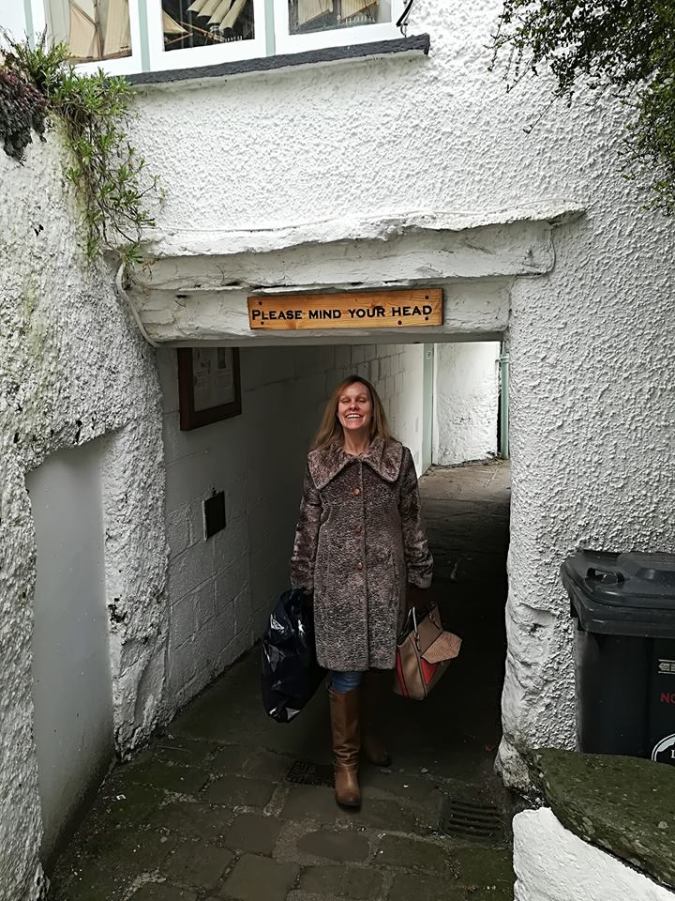