I am not a fan of zombies. I have always found them rather limited as a horror staple. I do, however, enjoy Korean movies. I decided to try Kingdom simply because it was set in medieval Korea and included not just the zombie element but also all the court intrigues involved in a power struggle for the throne.

Based on the webcomic, The Kingdom of the Gods, the story begins within living memory of Japan’s invasion of Korea during the Joseon period. The country is struggling to return to normal but food is in short supply and disease is a serious threat. Within the confines of the palace this situation, like with so many other similar institutions, is hardly felt. The main concern here is the machinations of the Haewon Cho Clan, led by First Minister Cho Hak-ju, and his daughter, Queen Consort Cho. The King has fallen ill to smallpox, or so the Court claims, and has not been seen for several days. Others believe that he is dead and that Cho Hak-ju is using this to further his own ambitions of seeing his clan become royalty. Although Crown Prince Lee Chang is the heir to the throne his position is challenged by the Queen Consort being pregnant and determined to give birth to a boy. Clearly, If Cho Hak-ju can avoid declaring the King’s death until after the birth of his nephew then he can deny Lee Chang’s ascension to the throne.

I have to admit that I was surprised to discover that this mix of genres actually worked. The rise of the zombie plague is a metaphor for the poor state of the country and the suffering of the poor. The obsession of the court with itself and a wilful disregard for the welfare of the country is made painfully obvious.

Crown Prince Lee Chang is forced to flee for his life, which takes the story into the heart of the region where the zombies are increasing in number and skilfully weaves this thread into a typical plot of court intrigues. The violence is frequent and bloody. There is a serious attempt to explain how the zombies came into being through reference to a plant that is believed to contain powers of resurrection, and the previous invasion by the Japanese. The lengths and diabolical extent to which people will go to in the pursuit of power is explored in depth. It seems that almost every character is stained with some degree of guilt. Hardly anyone is wholly black or white; most are varying shades of grey.

Kingdom is an original take on the zombie genre. Possibly even more so if you are not too conversant with Korean films and television. Highly entertaining, and even a little thought provoking, the first two seasons are a complete story but the ending does offer an opportunity of further adventure. 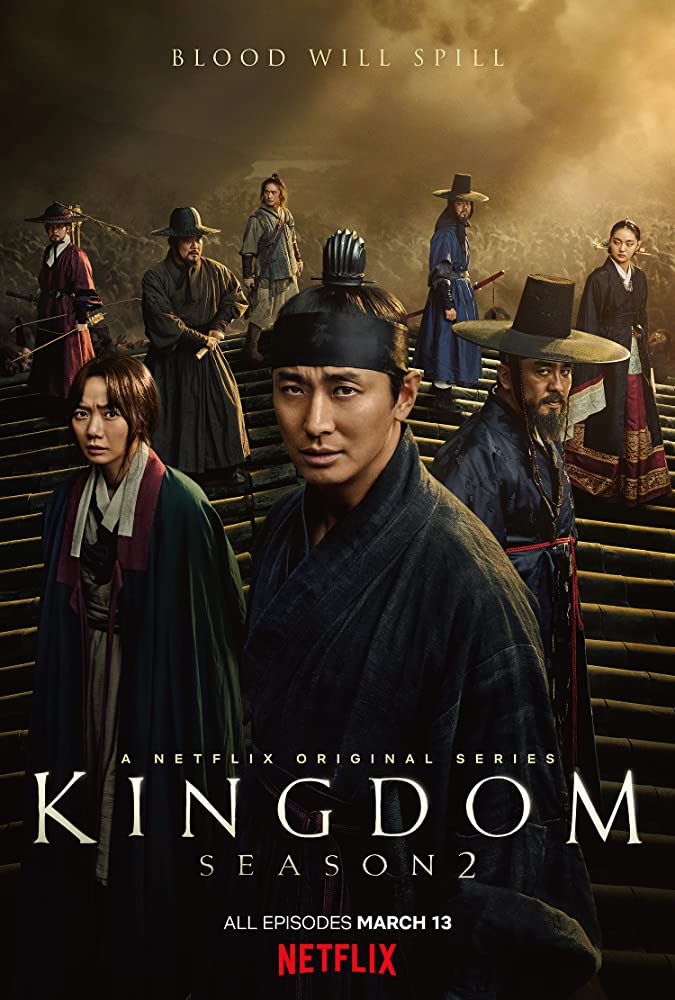 The Devil Within Us Book Promotion